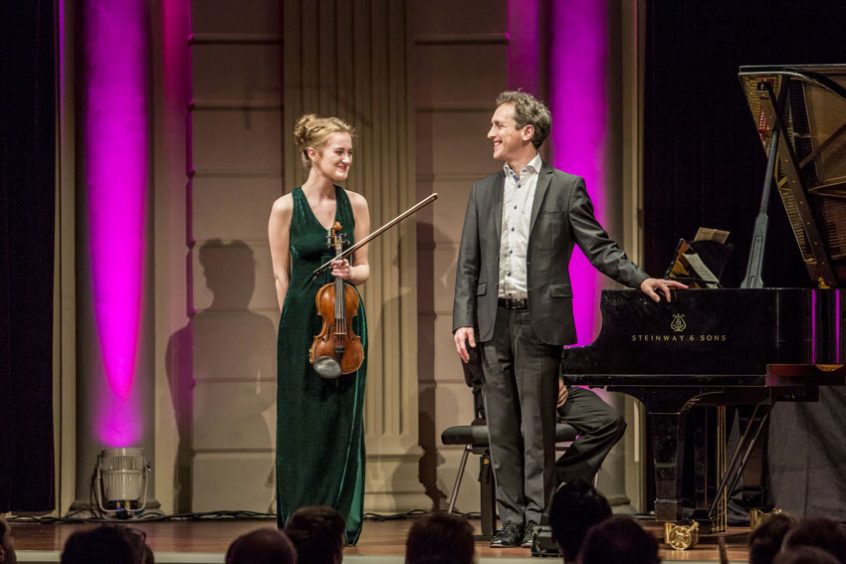 The Oskar Back National Violin Competition celebrated its 50th anniversary with a memorable concert in the Concertgebouw in Amsterdam last Saturday. This special tribute to violinist Oskar Back, attended by Prince Constantijn of the Netherlands, included performances by five special prize winners. Well-known pieces from the violin literature were performed by Simone Lamsma, Rosanne Philippens and Daniel Rowland. Noa performed a duet with Vera Beths, who won the second edition of the competition in 1969.

The concert will be broadcast on Sunday October 29th on NPO Cultura.

A review from the NRC Handelsblad:
“Noa Wildschut shines at the Back anniversary concert”
“But the brightest shining star is 16-year-old Noa Wildschut – not yet a winner since she was up until now not old enough to enter the competition. Her performance of Chausson’s Poème is reminiscent of a line of poetry by Charles Baudelaire: “Do you descend from heights or do you rise from ravines, O Beauty?”