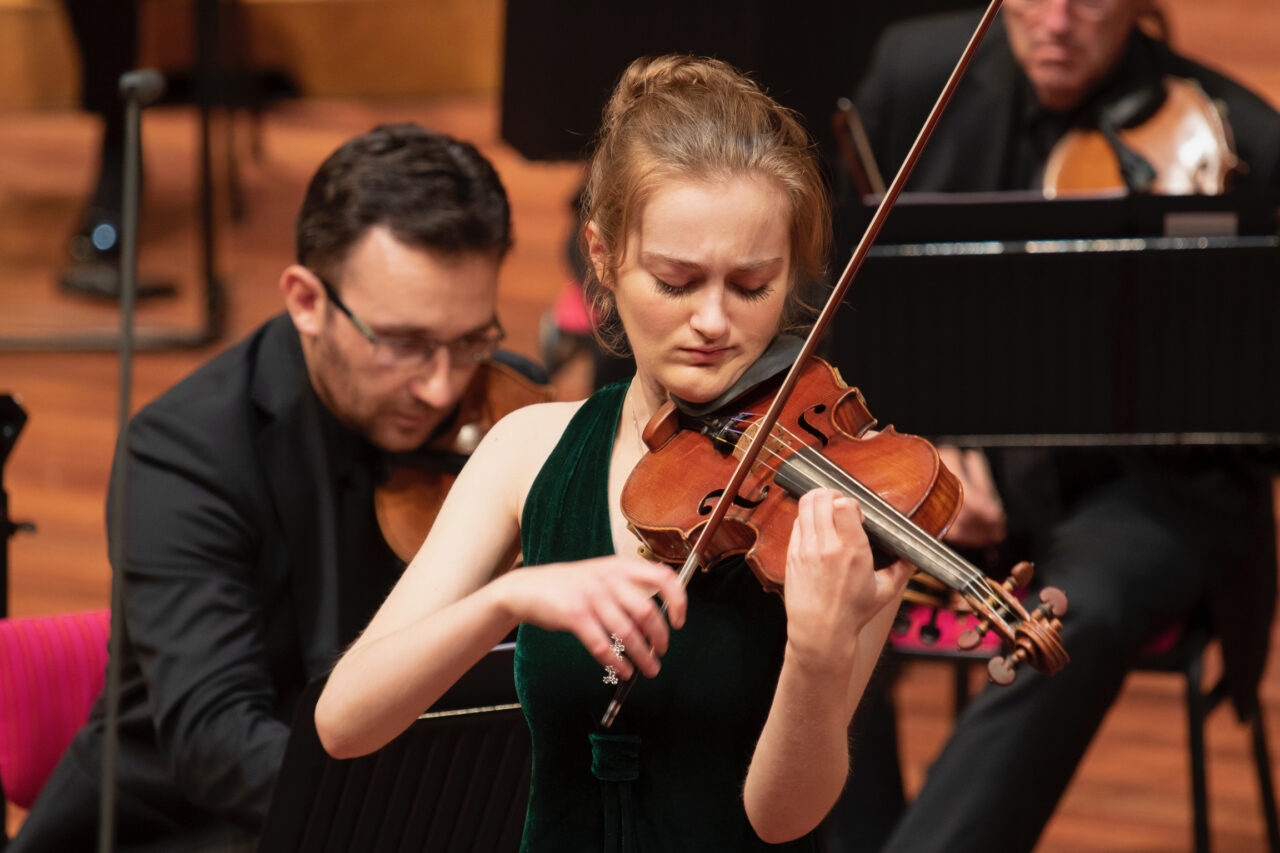 Noa performed Saint-Saëns’s Violin Concerto No. 3 in B minor, Op. 61 with the Radio Filharmonisch Orkest (The Netherlands Radio Philharmonic Orchestra), conducted by James Gaffigan, at TivoliVredenburg in Utrecht on 25 September 2020 (twice), and at the Royal Concertgebouw in Amsterdam on 27 September 2020 (twice).

“The prodigious Dutch violinist Noa Wildschut is magical. She never fails the occasion. Supremely musical, infinitely unruffled, blessed with golden technique, she displays a maturity of understanding and emotional depth way beyond her youth (she’s nineteen). Her Mozart is elegant, her Schubert meaningful, her Franck masterly. The big Romantic Concertos are there for the loving. She’s one of those artists who thinks, gives and charms, utterly selflessly.

Saint-Saëns’s Third Violin Concerto, written for Sarasate, is a fusion of glorious panoramas shot through with transcendental difficulties and the kind of harmonics one would rather not meet (slow movement notably). Years ago I produced a recording of it with Charles Groves. During the sessions Sir Charles felt the need to stop rehearsing, going to the piano instead to illustrate the exact pliability, character and phrasing of the more lyrical passages. It was a steep learning curve, a winter-day masterclass from an old-world veteran long steeped in the style. I think he would have been well-pleased with Ms Wildschut. High-flying accuracy, a glowingly toned low register, nothing beyond her reach. She brought seraphic intensity, a real sense of dolce, to the Andante, each strand of melody tooled like latticed mahogany in evening sunlight. For an encore, Piazzolla’s whimsical late Tango Etude No.3 (1987) – all about slurs, dots and accents, timing and bending. Sinuously seductive, yet with a touch of paleness.”